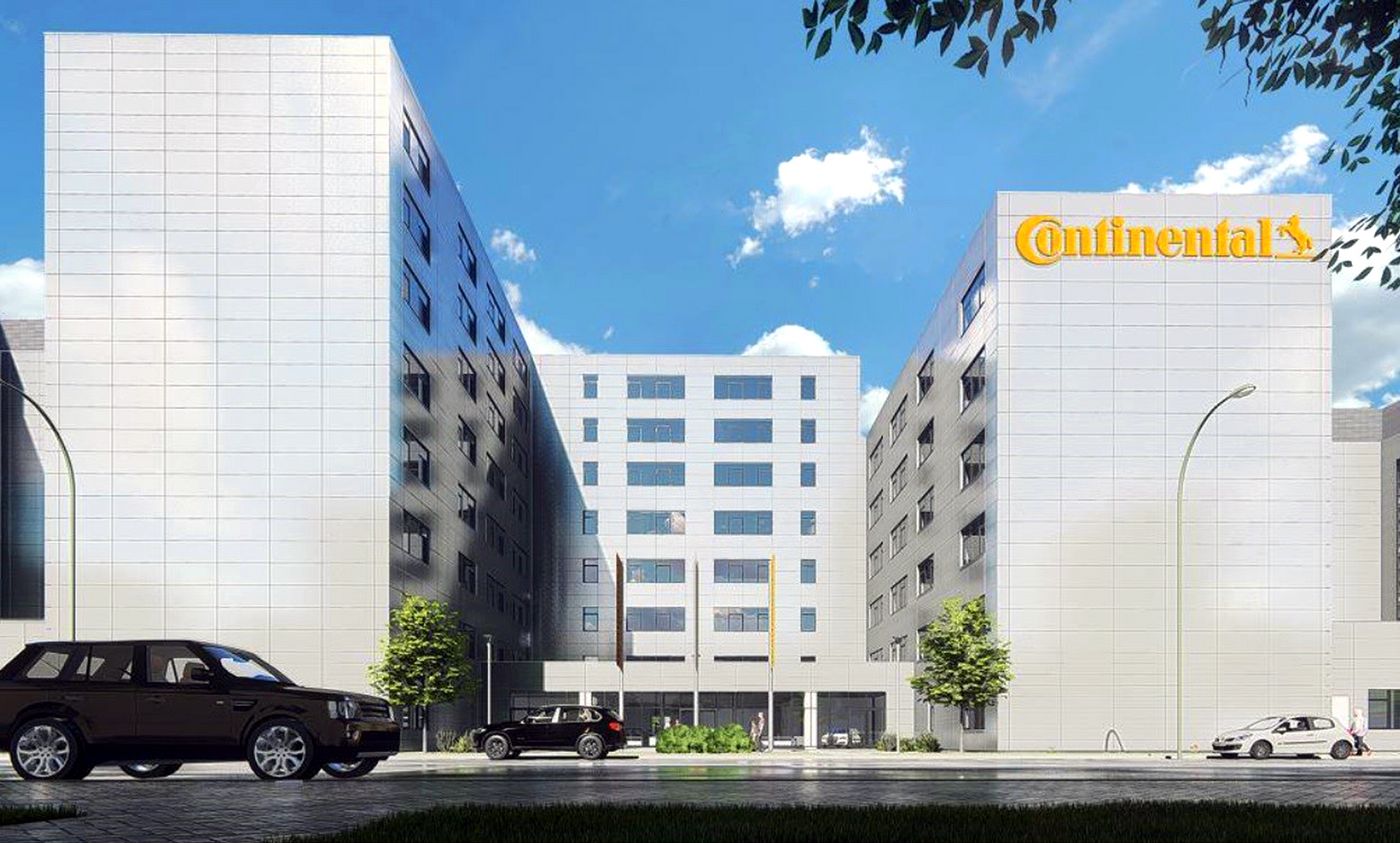 Expansion of the Continental Research Centre.

In Iași in the north-east of Romania, PORR Construct S.R.L. took on the comprehensive expansion of the already existing research centre of tyre manufacturer Continental Automotive S.R.L. The contract included planning and turnkey execution. In total, the newly constructed extensions on the south, east and west sides of the existing building cover an area of more than 25,000 square metres.

In addition to the new offices and workstations positioned on the upper floors off the new buildings,there are also some multifunctional rooms for different purposes. However, not only the construction of functional laboratories, canteen, cafeteria or warehouses posed a special challenge, but also the execution of a clear connection between the new and the existing buildings.

For the construction of the floors, our experts relied on a prefabricated construction made of reinforced concrete frames. This was a very innovative approach, as this method is still hardly used in Romania, making the building one of the first of its kind.

Thanks to a simplified system with prefabricated columns and beams, we managed to connect the elements optimally while reducing the execution time. The connections between the transverse and longitudinal beams were made at the individual columns. Once the prefabricated columns were erected, we were able to inject the mechanical joints with a high-flow mortar.

The individual beams used are also prefabricated elements. Similarly to that, the slabs consist of pre-stressed strips with holes already positioned on the beams, over which we only had to pour the cast-in-place concrete. The mechanical, electronic and sanitary installations and equipment installed throughout the building were updated to the latest state-of-the-art technology. Particular attention was paid to selecting the dimensions in such a way that they could accommodate the various functionalities of the buildings and the entire building complex. After almost one and a half years, we were not only able to successfully complete a challenging assignment, but we are convinced that we were able to set new standards with this project.

The prefabricated concrete construction used for the seven-floor new building is still hardly used in Romania.

The extension on the south, east and west sides of the existing building and in the inner courtyards covers more than 25,000 m2 of floor space.

Since June 2020, the new research centre has provided space for Continental employees who were previously active at various office locations in the city.

By using the prefabricated concrete construction method, the elements could be optimally connected with each other and at the same time the speed of execution could be increased.

Print project
Back to overview